It has been over two years since the inception of the Express Entry system. We have seen many exciting changes during 2016, and 2017 has set new records for Express Entry in terms of number of invitations issued and lower selection points. The more we progress in 2017, Express Entry will become more favorable to those applying under the Federal Skilled Worker Program, Canadian Experience Class, and Provincial Nominee Program.

As we witnessed in the last six draws of 2016 and the first ten draws of 2017, there is a spike in the number of ITA’s being issued. We are looking forward to seeing more ITA’s being issued in 2017 and we are hoping that the average number of ITA’s per draw will remain around 3,500 ITA’s per draw. In addition, the beginning of 2017 has seen a drastic drop in the CRS scores. We are anticipating that CRS scores will continue to drop during 2017 in a hope that they would stabilize in the range of 400-415 points.

Unlike 2016, the “Golden Rule” for 2017 has changed and is now more feasible for immigrants. To have a CRS score over 400 points, a candidate should be under the age of 35, complete a Bachelor’s Degree, have three years of full-time foreign work experience, and achieve CLB level 9 in each bracket of IELTS or TEF language test.

We put together a summary of the round of invitations during 2017, along with the number of candidates that will get an Invitation to Apply (ITA), based on the immigration program(s) that are in included in each Express Entry draw. 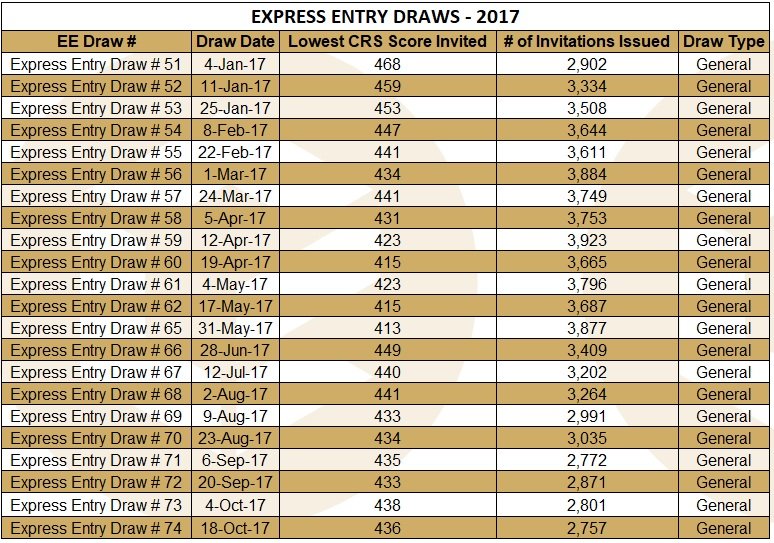 Following is a comparison between 2016 and 2017 in terms of numbers of draws, number ITA’s issued, and CRS scores: 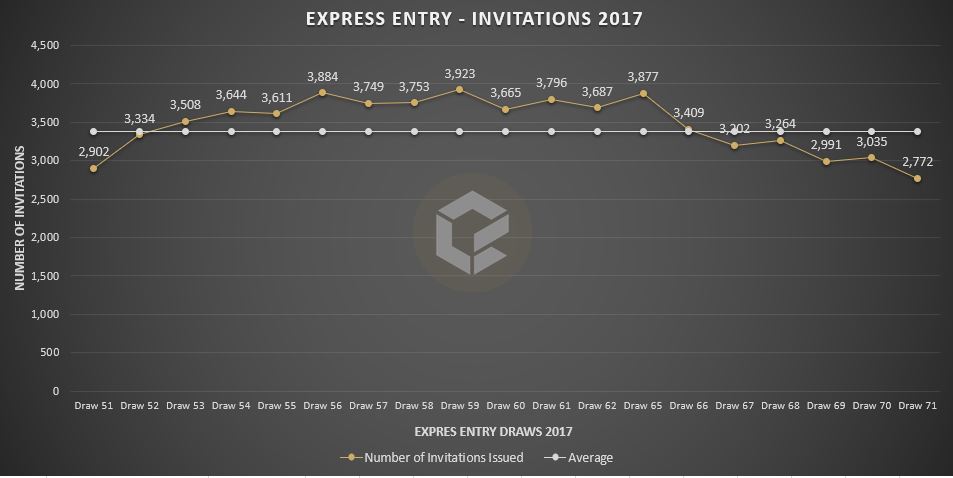 Please contact us to receive your Express Entry assessment:
www.encubate.ca/contact-us