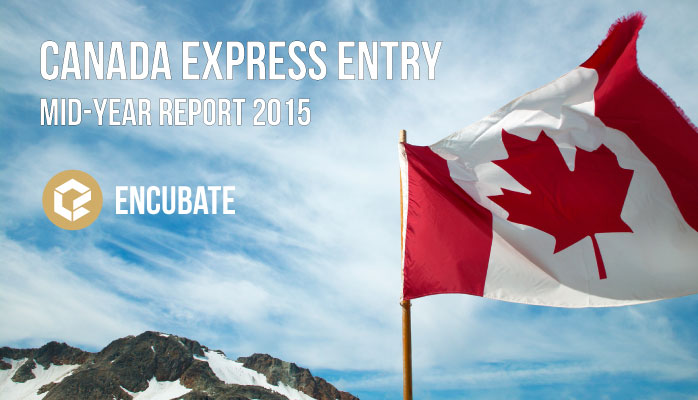 Based on the Express Entry Mid-Year Report for 2015 that was announced by Citizenship and Immigration Canada (CIC), as of July 6, 2015, the following numbers were achieved:

According to the CIC report, in the early weeks of Express Entry, Canada was the dominant country of residence for invited candidates because of the number of foreign workers with LMIA backed job offers that wish to settle in Canada permanently.

The top five countries of citizenship for candidates who were invited are India, Philippines, United Kingdom, Ireland, and China. CIC has reported that Express Entry is still in early stages of implementation and it is anticipated that the top ten countries will continue to shift as more candidates are invited to apply.

or watch our videos on www.youtube.com/encubatetv