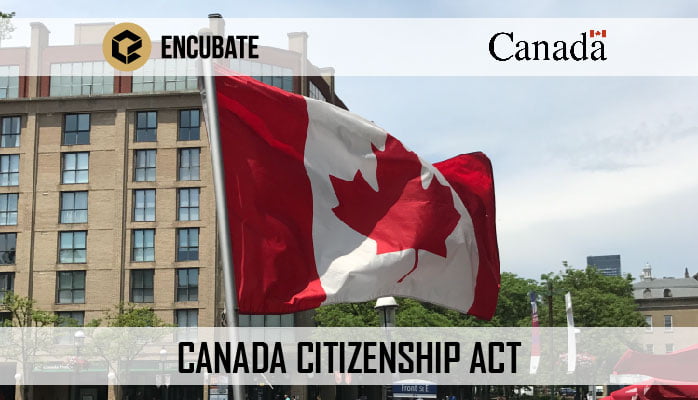 June 19, 2017 –Ottawa, ON – Today, Bill C-6, an Act to amend the Citizenship Act and make consequential amendments to another Act, received Royal Assent.

Changes to the Citizenship Act reflect the Government’s commitments to streamline the citizenship process, enhance program integrity, and repeal certain provisions of the Act that treated dual citizens differently than other Canadians. Some changes to the Citizenship Act take effect immediately upon Royal Assent, while others take effect at later dates to ensure the necessary regulatory changes and departmental preparations are in place for a smooth transition for applicants.

As of today, applicants are no longer required to intend to continue to live in Canada once granted citizenship, providing more flexibility to Canadians who may need to live outside of Canada for work or personal reasons. Immediate changes also include repealing the ability to revoke citizenship from dual citizens convicted of crimes against the national interest. Dual citizens living in Canada who are convicted of these crimes will face the Canadian justice system, like other Canadian citizens who break the law.

Some of the changes that are expected to take effect later this fall will give more flexibility to both younger and older eligible immigrants to obtain citizenship. These changes include reducing the time permanent residents must be physically present in Canada to three out of five years, instead of four out of six years, before applying for citizenship; amending the age range for people to meet the language and knowledge requirements for citizenship from 14-64 years to 18-54 years; and counting some of the time applicants spend in Canada as temporary residents or protected persons toward their physical presence requirements for citizenship.

Other changes that are expected to take effect next year include strengthening the citizenship revocation process by having the Federal Court as the decision-maker on most cases, thereby enhancing the procedural fairness of the process.

“Canada’s identity has always been shaped by the significant economic, cultural and social contributions of immigrants. Changes to the Citizenship Act will enhance program integrity, while giving more flexibility to eligible applicants to meet the requirements for citizenship so that they can continue building successful lives in Canada.”

The Honourable Ahmed Hussen, Minister of Immigration, Refugees and Citizenship